This morning began with my rendition of McDonalds’s bacon, egg, and cheese McMuffin.

Ever wonder how they get those little egg squares? I wonder too. I do it with the microwave. Thanks, mom (:

The first time I made this sandwhich for Daniel he asked how many eggs I used, thinking it was a lot. Just two! They get so fluffy and airy in the microwave. Bigger bonus in the fact that two beaten eggs with a splash of milk are done to perfection in just 1 minute and 20 seconds. An important supporting role was played by the low sodium fully-cooked smoked turkey bacon. I think it has like 35 calories per piece or something. It’s a great alternative to the fatty slabs of pig, and much cleaner to fry up. What an ‘eggs’ellent start to the day!

To make this breakfast sandwhich even lighter, use three egg whites (60-75 calories depending on size) and skip the cheese … the bacon … and the muffin. So yeah, just eat some egg whites! I’m teasing but, my personal preference for a balanced, fibrous, and protein packed breakfast is: 2 egg whites, an oversized honeycrisp apple with cinnamon, and coffee.

After Daniel’s work day, we continued with our series of soy-inspired dinners. Tonight I was on a mission to test an easy five star teriyaki chicken meal from Eating Well. Unfortunately I didn’t have any brown sugar. Darn it! Normally I would have substituted with the next closest thing in my pantry – maple syrup – but since we had the maple-soy chicken last night I didn’t want to so that. So I aborted the mission and found a different recipe for mahagony chicken … which turned out to basically be a recipe for homemade teriyaki sauce only, here’s the thing, it’s way better because there are only a handful of good ingredients. Forget all the preservatives and weird un-pronounceable additives.

1. I used 1/4 cup of the splenda/sugar blend
2. I combined 1/2 tsp of sesame oil for some extra asian flava-flave to the vegetable oil (I cut the canola, or vegetable, oil to 1 1/2 tsp). But beware of sesame oil. A little goes a long way!

Just a sidenote: I typically like to use olive oil instead of canola oil to reap the heart healthy benefits, but for this recipe it’s important to use vegetable oil because it doesn’t burn at high temperatures and it helps to create that golden outer crust. Plus, with only 2 tsps, it is really a neglible amount to fret over the benefit.

I find this link all about ‘cooking with oils’ very useful! 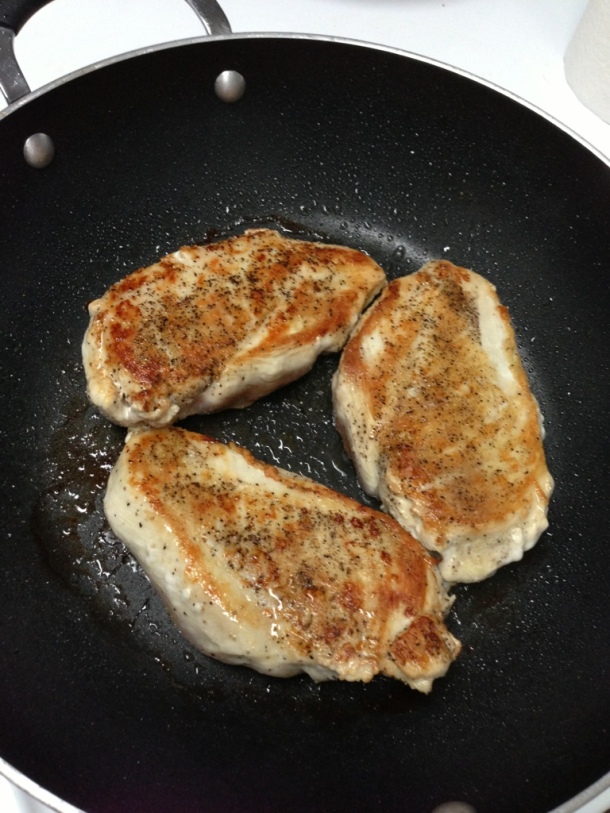 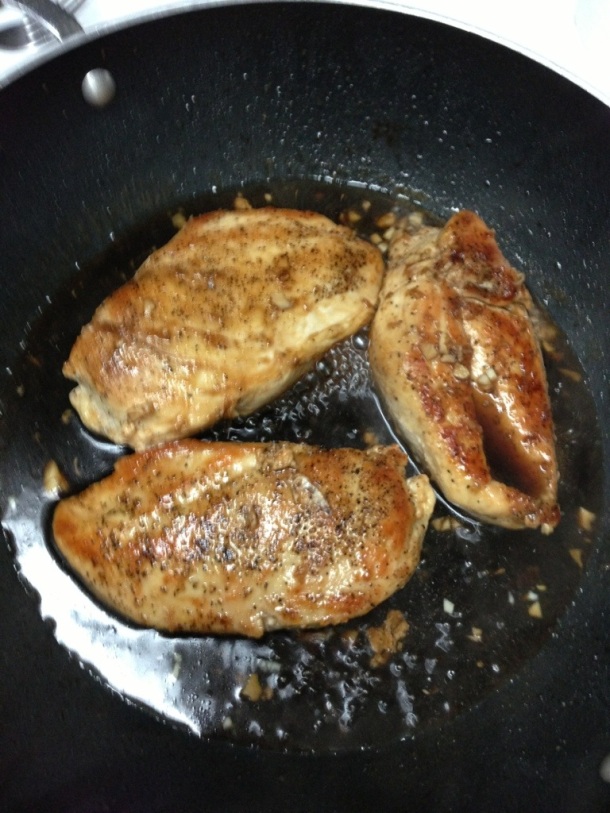 Another big undertaking tonight was making proper sushi rice to pair with our teriyaki chicken. It’s not a difficult process, but the process is KEY. I hardly ever worry too much about being exact in the kitchen, but sushi rice, like baking, requires serious attention to detail. Surprisingly, I can, in fact,
follow a recipe. It turned out great! The secret is in NOT lifting the lid to check on it once you’re in the simmer phase. 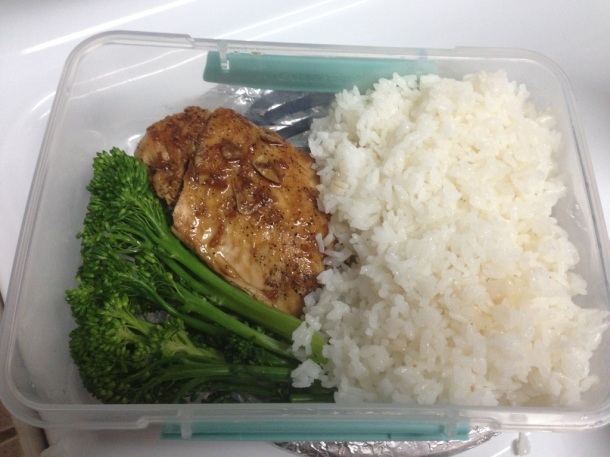 To balance out the sweetness of the saucey chicken and the starchiness of the rice we had some delicious broccollini!

Looks like we found another ‘make-again’ dinner! What would I do without the Internet? Unfortunately, we might find out very soon. The wifi hotspot for Internet access has been eating up our phone data like crazy. At 8 days into the billing cycle, we’ve already used 65% of our plan! I might be forced to take a brief hiatus from posting until we get real Internet set up in our new place … such trials I face.